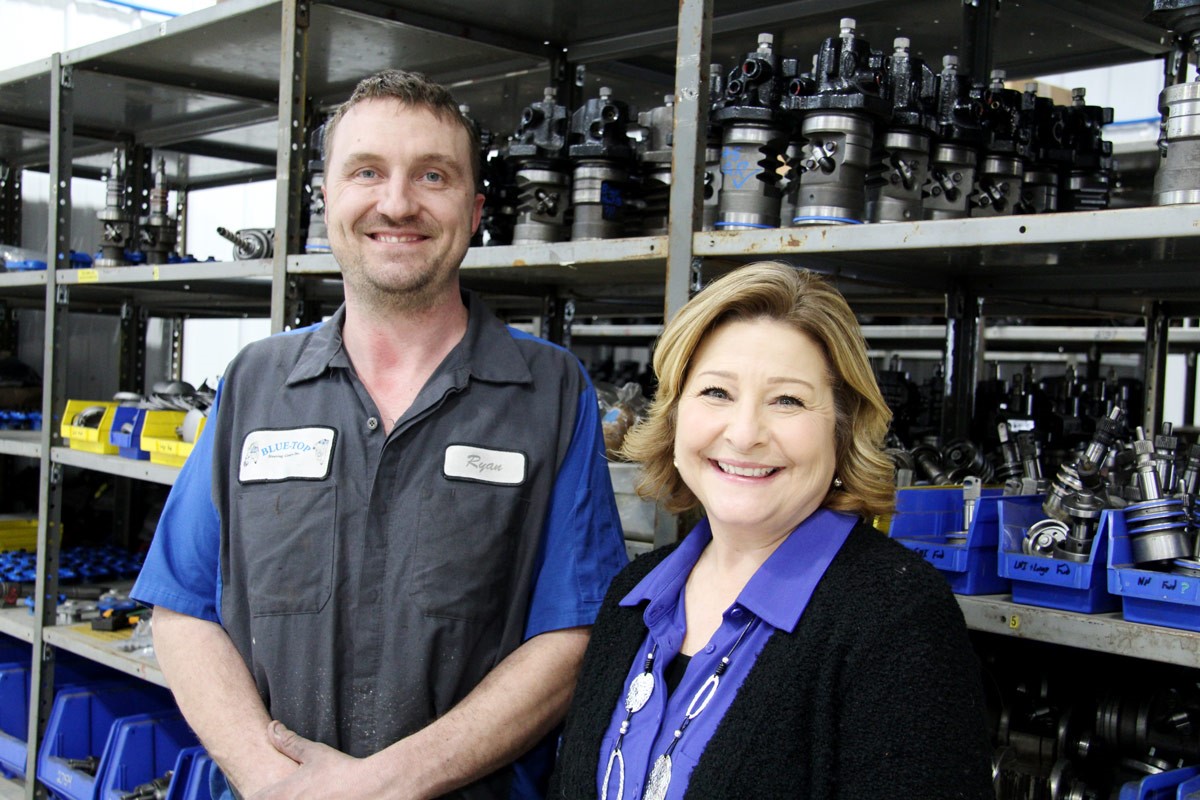 Ryan Vigesaa and Blue Top Steering Gears are enjoying the benefits of a new facility in Stanton, North Dakota thanks in part to funding from Union State Bank and a bit of guidance and support from Carla Borlaug, his business banker.

Blue Top was started back in 1986 in Buchanan, North Dakota by a family friend and the business was later acquired by Ryan’s father. After graduating in 2004, Ryan moved to learn more about the steering gear business from another family friend that owned a similar business in Seattle. Two years later he returned, married, and took a job in the coal mines.

It was not until 2011 that Ryan got back in the steering gear business, purchasing the company from his father and working on it part-time as the business was struggling. He set up a website and embraced social media and online advertising. As word spread among “motorheads” and wholesale accounts, sales began and continued to grow. Ryan was able to shift into the business full-time in August of 2017.

Growth brought about the need for equipment, an employee, parts, and storage. Carla and Union State provided funding and counsel as Ryan navigated his business development. Eventually, realized he was in need of a new consolidated facility.

Carla’s background as a business owner provides a perspective and expertise that goes beyond simply providing a source of funds. “Carla was a humungous help,” explained Vigesaa. “She was reassuring and provided answers to so many of my questions.” Carla was able to help him discover and evaluate programs through additional resources such as the Small Business Administration, Bank of North Dakota, the local Job Development Authority.

The process started earnestly in the fall of 2018 with construction breaking ground in April, and the company moving into the facility in September of 2019. They were able to consolidate operations from multiple buildings and storage units into a single location. “Things are really good,” shared Ryan. “Everything’s under one roof, more streamlined and efficient, and we can carry more inventory.”

Union State Bank is pleased to be a part of the Blue Top Steering Gears’ story as we continue support and grow businesses in the Mercer County region.