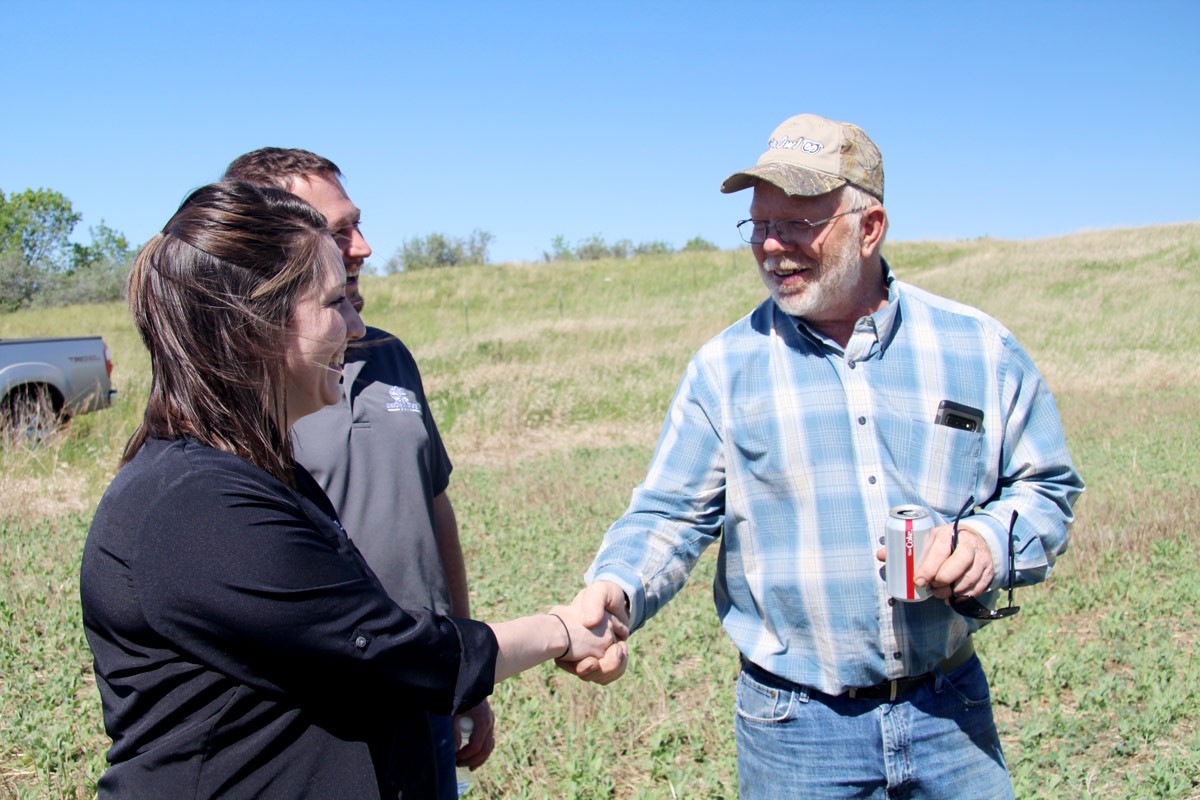 Union State Bank had been looking to fill a vacant Assistant Vice President Agriculture Lending position. The position was previously possessed by Jay Seibel, who took a position as the Manager of Stroup Insurance just early this year.

Kayla was working as a teacher at Beulah High School, teaching mostly freshman and sophomore mathematics. If you were to ask Kayla why she redirected her career, she would instantly say that she truly was not looking to make a career change at this point in her life.

Kayla has been married to her husband, Chris Palmer, for five years and together they have two children, Hailey (3) and Colt (7 months). “My husband has always wanted to be a rancher,” said Kayla. Her and Chris both grew up in town, however, Chris had a passion for farm and ranch life and wanted to make his passion a reality. 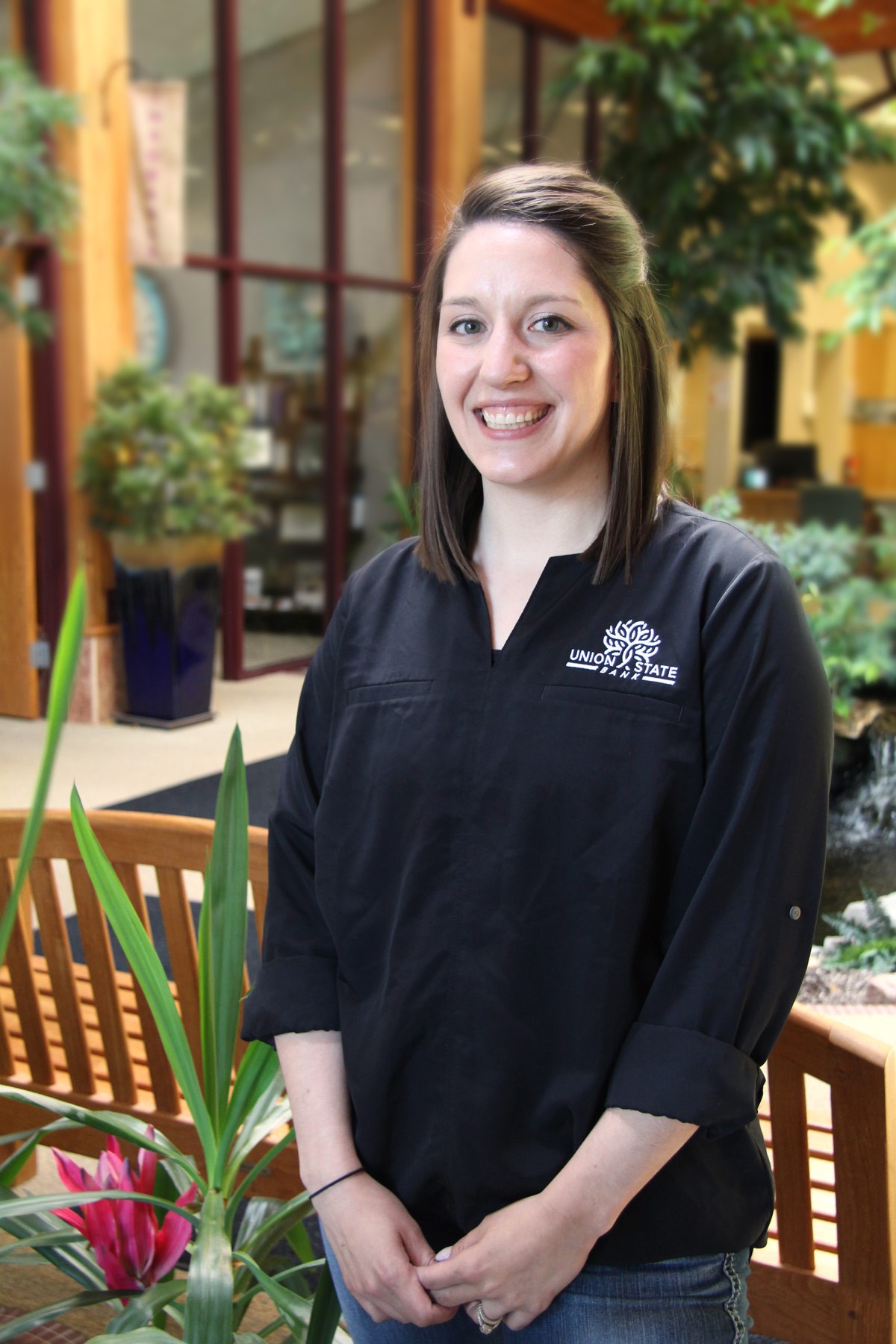 The Palmer’s currently run a ranch operation south of Beulah, while both juggling full time jobs and two children.

As ranchers do, Kayla and Chris found themselves at the bank, and more importantly, in Union State Bank Senior Vice President of Lending, Nathan Richter’s office. As visiting goes, the conversation turned to the vacancy of an Ag Loan Officer.

Kayla laughs as she tells the story of how she started at Union State Bank. “I have always said once I retired from teaching, working in a bank would be a fun job,” said Kayla.

As Chris encouraged her to apply, he begged the question why she could not take her “fun retirement job” and make a career out of it now.

As first-generation ranchers, Kayla decided the career change would be an opportunity that not only, she could grow from as an individual but also become a more knowledgeable rancher.

SVP of Lending Nathan Richter said, “We are so excited to add Kayla to our lending team at Union State Bank and specifically to our Ag Loan department. She brings experience in working with the community, as well as ranching knowledge – running her own operation with her husband. She will be a great addition to our team.”

Kayla said she is excited to learn the banker’s side of agriculture, as well as creating relationships with those who walk through the doors needing financial assistance -- or guidance -- in their farm and ranch operations.